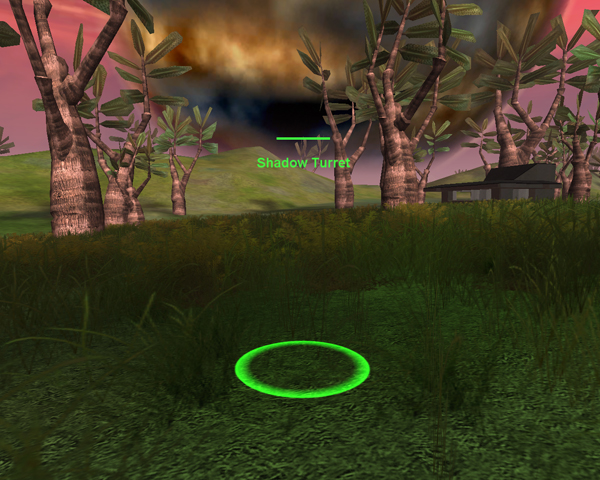 Shadow Turrets are exactly the same as Spitfire Turrets with the exception that they are cloaked. Shadow Turrets will only become visible when firing, and will become cloaked again once they have killed their target, or the target finds cover.

The maximum number of Shadow Turrets that can be deployed is 5, and they count toward the total number of Spitfires you can deploy. They also share the same interference range with the spitfire and Cerberus Turrets. They can only be deployed in friendly or neutral SOIs.

The Shadow Turret is deployed by the Tertiary Mode of the ACE, and can be selected with the "Change Ammunition" function (default is "X").

Shadow Turrets can be detected by use of the Darklight implant, and will appear in a similar way as players wearing an Infiltration Suit.