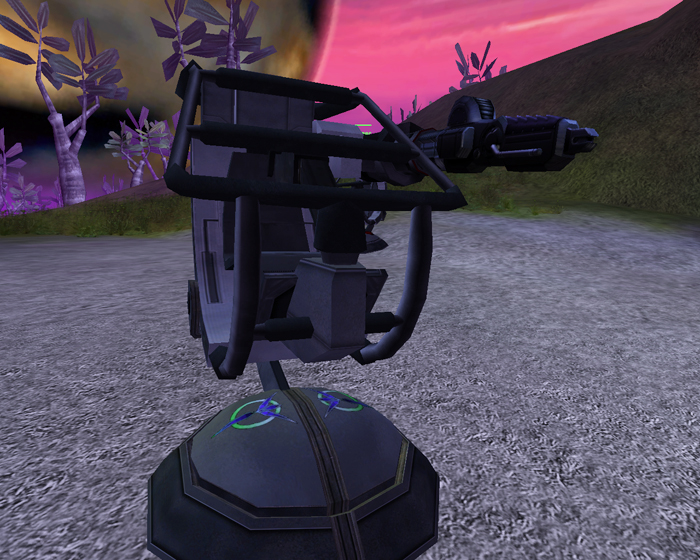 The Vanu Sovereignty Variant of the One-Manned Field Turrets, and is deployed by use of the Field Deployment Unit. It is an adaptation of the Quasar MAX weapon, firing a mixture of Armor Piercing and standard ammunition.

Originally, the name "Orion" was given the Vanu Sovereignty's gunner-variant BFR, which is now called the Aphelion.