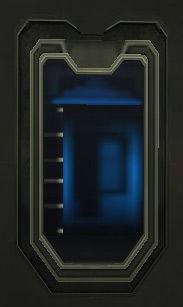 IFF stands for "Identify Friend from Foe". Objects that use this technology differentiate between enemies and friendlies, allowing friendlies to activate and use its benefits but disallowing enemies. Objects which use IFF are:

Most IFF objects can be hacked, temporarily disabling the IFF lock on them and allowing all units, Friend or Foe, to access them. Notable exceptions include vehicles, which change ownership to that of the hacking soldier, and spawn tubes and main terminals, which cannot be hacked. Hacked IFF locks can be re-locked by a friendly soldier using a REK.