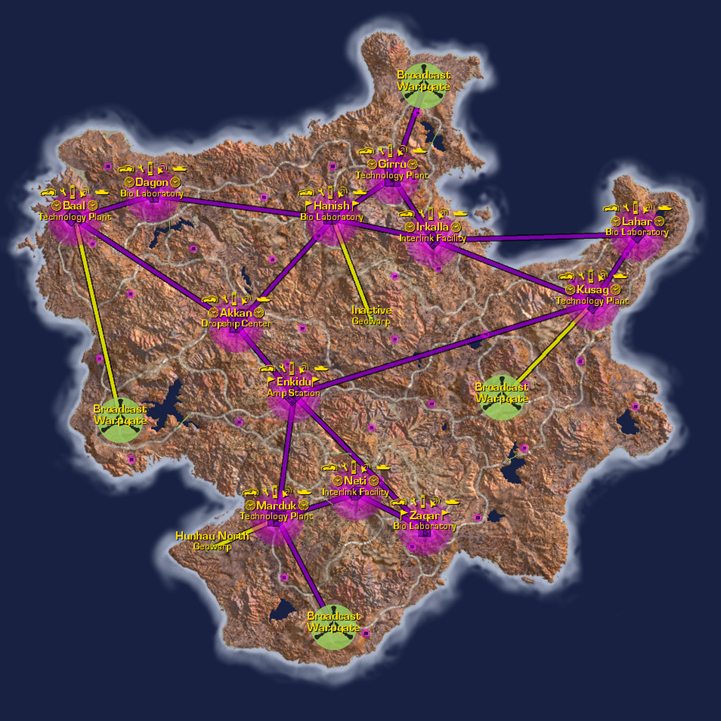 The planet housing Ishundar is largely characterized by the high-altitude continuous sandstorm that carries in the turbulent upper atmosphere, giving a corona to the sun and constantly raining grit down upon those on the planet's surface.

This continent is extremely arid and inhospitable to life. Its saltwater lakes are the only break in the unending bleakness that is Ishundar.

The surface of the continent is extremely rough, making off-roading a challenge and making roadways something of a predictable path for convoys.

The continent is split in two by a gigantic canyon valley between the two highlands in Ishundar's center, making traffic flows between the two halves more predictable and creating bottlenecks for tacticians to exploit.

This continent is also refered to as Ish.