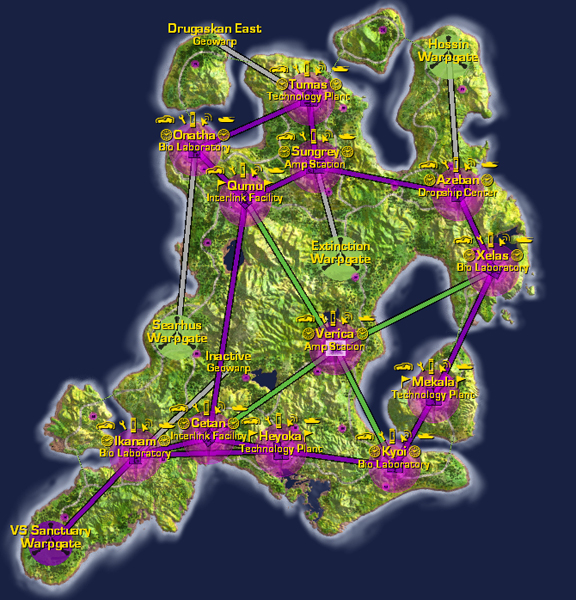 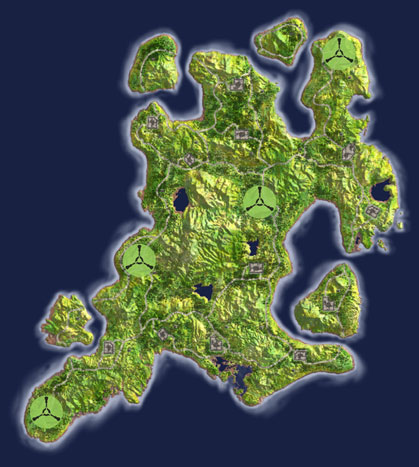 Amerish is a habitable moon orbiting a gas giant so massive that it verges upon becoming a proto-star. The radiation that leaks from this giant also acts as a sort of local sun to warm up the moon to bearable temperatures.

The facilities on Amerish are loosely grouped into two cluster, north and south. Although spaced unevenly, there are definitely choke points and assault paths that can be anticipated for tactical use.

However, the four small islands off the coasts can be used for alternate paths, making for elements of unpredictability and ambush.

This continent is also refered to as Amer.